HORSES AND HUMANS TOGETHER 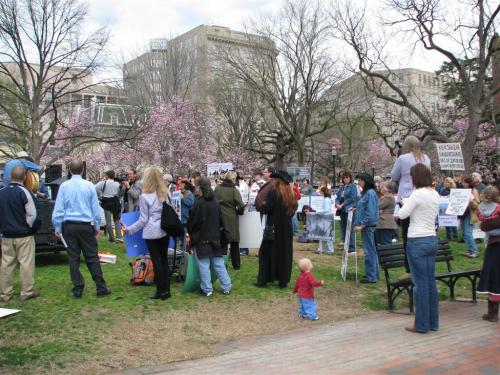 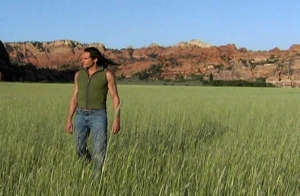 Who: The film includes interviews with Jim Baca, (former Director of the Bureau of Land Management under the Clinton Administration), Michael Blake, (Writer, Dances With Wolves and Wild Horse Advocate), Sheryl Crow, Viggo Mortensen, Daryl Hannah, scientific experts, animal rights activists and environmentalists as well as examines the effects of the 2004 legislation that cleared the way for the removal and slaughter of America’s wild horses

Why: The documentary is an inspiring reminder to take action to protect America’s wild horses and burros and to preserve our public lands

CHICAGO, (EWA) – Sheryl Crow speaks out for the wild horses and burros on America’s public lands in the west. The multi-GRAMMY®-winning singer-songwriter and mustang owner joins The Cloud Foundation, over 130 organizations, scientists, authors and celebrity supporters calling on President Obama, Members of Congress and the Department of Interior to place an immediate moratorium on all wild horse and burro roundups until a long-term and humane policy to manage the animals is developed.

The Bureau of Land Management’s (BLM) removal plan for Nevada’s Calico Complex wild mustangs is fueling outrage across the country and internationally. In a unified sign-on letter, wild horse supporters outline their opposition to the Obama Administration’s October 7, 2009 announcement regarding the management of wild horses and burros. Groups oppose moving 26,000 wild horses to purchased lands in the east and the current government practice of removing entire wild horse and burros herds from public lands specifically designated for the animals by Congress in 1971.

“We ask that President Obama or Secretary Salazar cease all BLM roundups as of this date to prevent further suffering. We request that the government and BLM begin to work in good faith with wild horse advocates for a sustainable solution. The Calico Roundup, scheduled to begin in December and continue through the dead of winter, is inhumane and must be stopped!” —Sheryl Crow

Upon hearing about the BLM’s plans for the large-scale removal of 2,500 horses in northwest Nevada near the Black Rock Desert, more than seven thousand citizens submitted public comments to the BLM opposing the Calico Mountain Complex Round Up, scheduled to begin on December 1, 2009. Public comment has been extended through November 22, 2009 according to the BLM.

Currently more than 33,000 wild horses are stockpiled in government holding facilities at a cost to taxpayers of $100,000 a day. The scheduled removal of 2,500 from Nevada will bring that total to more than 35,000.

“We already have enough wild horses in pens. Adding more horses to those already held in confinement, when they are much safer on the range is shortsighted, inhumane and fiscally irresponsible.” —Ginger Kathrens, Emmy Award Filmmaker & Volunteer Executive Director of the Cloud Foundation.

The BLM will pay the private contractor $610 per horse rounded up for an estimated total of nearly $2 million for the Calico roundup alone according to BLM spokesperson, Tom Gorey. Branding, vaccinating, sterilizing and processing of horses to be placed in government holding will cost several million more. The BLM hired the same contractor for the controversial roundup of the famous stallion, Cloud, and his Pryor Mountain herd in September, 2009. Bands including two-month-old foals were chased down off the mountaintop by helicopter for 10-15 miles in more than 90 degree heat resulting in trauma and lameness.

“The government is acting in defiance of the spirit and intent of the 1971 Free Roaming Wild Horses and Burros Act (1971 Act) which Congress passed unanimously —Julianne French, wild horse advocate.

The 1971 Act preserves wild horses and burros in over 300 areas of publicly owned rangeland in the west, forbidding their exploitation, harassment and removal. Regardless, only 30 million acres remain of the 54 million acres designated primarily for wild horse use in 1971. Over 100 herds have been completely removed by the BLM and most remaining herds are too small to insure their long-term survival. The BLM’s current policy of eradicating these herds is a betrayal of the wishes of the American public.

Sheryl Crow, with wild mustang and burro supporters, calls the public to action urging all to write, e-mail, fax and phone Secretary of the Interior, Ken Salazar, their congressional representatives and President Obama. The list of contact phones, e-mails, faxes and mailing addresses is online here.

“It’s time for all of us to speak up for our Wild Horses and Burros so we do not lose these living legends and inspiring symbols of our freedom in America.” —Sheryl Crow 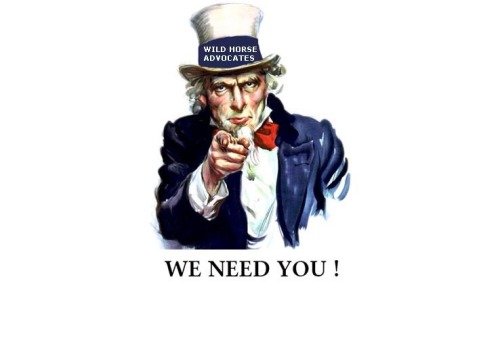 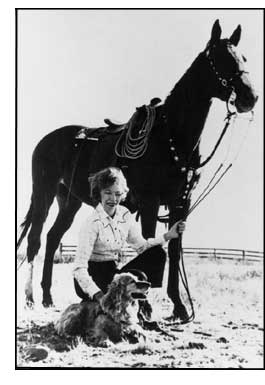 In 2004 U.S. Senator Conrad Burns (R-Montana) slipped into the 3300-page federal budget a rider that opened the door to the slaughter of thousands of wild horse

WE ARE HERE TO SAVE OUR WILD HORSES.

In the past few days we have seen a massive plan from the BLM that is no doubt designed to “divide and conquer” the support for our Wild Horses and Burros and it appears to be working to an alarming degree. Salazar didn’t purposely name Madeleine Pickens in his press release to drop a name. HSUS (with some reservations) has already gone public in their press release to support Salazar’s plan.
The plan would move the herds off their legally protected lands and put them into non-reproducing “sanctuaries” in the mid-west to live out their lives. While more humane than their recent proposed alternatives of euthanasia and slaughter, it will still lead to the same long term outcome. It will strip the animals of their rightful lands in much the same way the Native Americans were cheated out of their lands by the reservation system.
The Salazar plan simply renames and expands the current long term holding facilities. The horses would be sterile and segregated, so the self-sufficient herd structures would be largely destroyed. Not only is Salazar’s plan more of the same but there are serious concerns with horses that have lived in the West moving to the drastic climate change and different grazing lands in the Midwest and East. Either could result in fatal conditions such as founder. Even the transport is bound to induce injuries.
It is the same plan to exterminate our wild horses and burros with a new name and support from Congress. If the “sanctuaries” are going to be tourist traps and the horses cannot reproduce, who is going to get the contracts to supply horses? The so called Mustang “sanctuaries” and “rescues” that breed? More corruption and more wasted tax dollars! We have already paid for the horses and then we are expected to pay again to view the horses?
There is absolutely no need to put this burden on the taxpayers just to quietly destroy a beautiful part of our heritage.
This is not about supporting any organization, it is about supporting the wild horses and burros and what must be done to ensure their survival.
We must stay united and focused in our efforts to pass ROAM. It is the only hope for our wild horses and burros to stay wild.
John Holland & Vicki Tobin